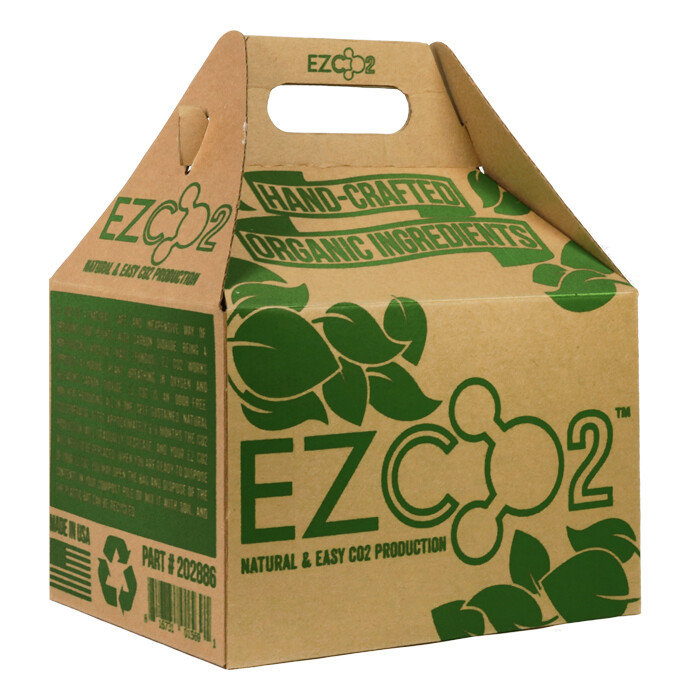 EZ CO2 is a natural safe and inexpensive way of providing your plants with carbon dioxide (CO2). EZ CO2 houses a non-fruiting mycelial mass (fungus) and enough organic matter to sustain it for approximately 6 months. The fungus creates a symbiotic relationship with the plant: Breathing in oxygen released by the plant and releasing carbon dioxide (released 24 hours a day through the breather patch on the bag) creating a natural self-sustained inexpensive CO2 generator. EZ CO2 is odor-free produces no heat and is already giving off CO2 as soon as you purchase it there’s nothing to turn on or set up.

Save this product for later
Display prices in: USD
bottom of page